Apremilast may represent a new oral treatment option for patients with psoriatic arthritis (PsA) and current skin involvement, according to a new study.

Apremilast, an oral phosphodiesterase 4 inhibitor, may represent a new oral treatment option for patients with psoriatic arthritis (PsA) and current skin involvement, according to a new study. The drug, which has a unique mode of action, was effective for both the articular and cutaneous manifestations of the disease.

“We can we get prolonged responses with apremilast. On balance, it is a very safe drug and has great patient acceptance since patients take it by mouth twice a day. We don’t have to monitor safety parameters as much as with a biologic. For some people, it’s a very effective drug,” said Charles Birbara, M.D., of the University of Massachusetts Medical School.

The trial included patients who had at least three swollen and three tender joints and had active skin disease with at least one lesion larger than 2 cm. All of the patients had had previous treatment with a conventional disease-modifying antirheumatic drug (DMARD), but no more than 10% could have previously failed on a tumor necrosis factor (TNF) inhibitor.

Patients who were on methotrexate, leflunomide or sulfasalazine were allowed to continue at stable doses; steroids and nonsteroidal anti-inflammatory drugs were also permitted.

Most adverse events were mild to moderate in severity, Dr. Birbara said. The most common were diarrhea, nausea, headache and upper respiratory tract infection.

“Some PsA patients may do better with apremilast than methotrexate. A patient with extensive plaque psoriasis covering 15-20% of body, I would be inclined to use a TNF inhibitor, which is usually more effective in combination with methotrexate. A patient who has less involvement may do well with apremilast. The results show that apremilast 30 mg twice daily for patients with up to 3% involvement did quite well. If a patient can tolerate the drug twice daily, there is no question it has significant efficacy across a broad range of patients with PsA,” Dr. Birbara said.

“I saw a patient today I know has PsA,” Dr. Birbara continues. “He is an older man with two children who have psoriasis. He has chronic joint disease symptoms that are asymmetrical. For him, I might consider initiating therapy with apremilast.”

Dr. Birbara believes that apremilast has “clearly demonstrated a niche in the treatment of psoriasis and PsA.  It is a good option, both efficacious and proven.”

He notes that rheumatologists treating psoriatic arthritis now have a range of therapies, including apremilast, to modify the course of the disease. Other new therapies, such as anti-IL-17 and anti-IL-23 agents, are in development. “In the near future, the broad number of options for PsA will be like those now available for rheumatoid arthritis treatment,” Dr. Birbara said. 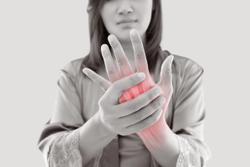