Rheumatoid arthritis and spondyloarthritis are often accompanied by an increased risk of cardiovascular disease. Now, new research finds that this risk is present in even the early stages of each disease.

âThe study found that patients with rheumatoid arthritis or spondyloarthritis are more likely than the general population to have a history of tuberculosis. Doctors should watch for cardiac comorbidities and tuberculosis history immediately upon diagnosis, researchers say in anextended report published in the Sept. 14 issue of the journal RMD Open.

Led by DÃ©sirÃ©e van der Heijde, a professor of rheumatology at Leiden University Medical Center in the Netherlands, the researchers analyzed the comorbidities of 689 patients with early rheumatoid arthritis (ERA) and 645 patients with early axial spondyloarthritis (ESpA) from two research cohorts in France. For early rheumatoid arthritis, the diagnosis had to have occurred within the previous six months; for early axial spondyloarthritis, within less than three years.

What was known: CVD and infections, particularly tuberculosis, are frequently associated with established rheumatoid arthritis and with spondyloarthritis.

What this study adds: The risk of CVD and tuberculosis is increased even in early-stage arthritis, after long periods of inflammation and after prolonged treatment with corticosteroids or immunosuppressive drugs.

What this means for clinical practice: Patients at risk should be screened and treated for comorbidities early.

Among early axial spondyloarthritis patients, dyslipidaemia was the most common comorbidity (9.3%), followed by arterial hypertension (5.1%) and ulcer (4%).

Many of these comorbidities are common in the population as a whole. However, some appeared more frequently in the arthritic patients. In particular, arterial hypertension among early rheumatoid arthritis patients (18.2% (15.5% to 21.3%, confidence interval (CI) 95%)) was significantly higher than the general French population level of 7.58% (p<0.05), the researchers reported.

"This increase was noticeable especially in younger women (45–64 years), when CVD risk in the general population is generally low," the researchers wrote.

Likewise, the prevalence of tuberculosis was higher in both ERA and EsPA than in the general population. The prevalence of tuberculosis was 4.7% in early rheumatoid arthritis patients (3.3% to 6.6%, 95% CI) and 1% in early axial spondyloarthritis (0.4% to 2.3%, 95% CI). In comparison, the rate among the general French population was 0.02%, a significant difference (p<0.05).  The link between RA, SpA and tuberculosis is not entirely clear, though a 2015 study in mice found that tuberculosis infection can enhance arthritis, van der Heijde and her colleagues wrote.

What's more, patients with ERA had "heart ages" between 4 and 10 years older than their chronological age, the data suggested. The mean heart rate age for patients between the ages of 30 and 69 was 53.8, plus or minus 15.6 years. ESpA patients had a smaller mean increase in heart age over actual age of 2.1, plus or minus 7 years.

"Our results suggest that established RA and ERA should be regarded as a condition at high risk of CVD and that there is need for early CV risk evaluations," the researchers wrote.

Previous research has found that chronic inflammation is the culprit linking rheumatoid arthritis to heart disease, but the current study did not detect any link between inflammation and cardiovascular risk factors early in the disease. Nevertheless, doctors should be on the lookout for comorbidities, particularly cardiovascular problems, the researchers wrote. They suggest using the concept of heart age to explain long-term risk to young patients.

Cardiovascular and selected comorbidities in early arthritis and early spondyloarthritis, a comparative study: results from the ESPOIR and DESIR cohorts. 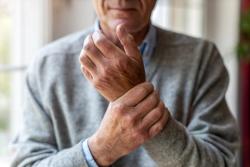 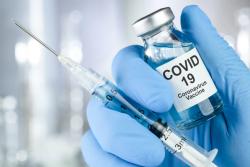