From Living BLISSfully to BEATing Lupus: Future Considerations for Biologic Therapy in SLE

After years of frustration and failure, trials of targeted biologic therapy in systemic lupus erythematosus are beginning to show success. New drugs, including anifrolumab (Saphnelo) and belimumab (Benlysta), are paving the way for an exciting new era. However, this raises new questions as to how these novel therapeutics will be incorporated into future clinical practice.

Clinical trials aiming to evaluate the efficacy and safety of new agents in the management of lupus have long been a thorny subject. Despite initial promise, Rituximab (a chimeric monoclonal antibody directed against CD20) failed to reach primary endpoints in 2 large trials.1,2 However, the drug continues to show efficacy in many large “off label” studies, meaning that it remains an option for treating active and refractory disease. Prior to the positive results of the BLISS trial of belimumab,3 it had been decades since a new agent had been licensed for use in the treatment of the disease. The landmark trial initially excluded patients with acute, severe lupus nephritis, and so questions were raised about the suitability of the drug in one of the most severe forms of the disease. This led to the follow-up BLISS-LN trial assessing the efficacy of belimumab in the context of renal disease, which similarly achieved its primary endpoint at 104 weeks (in this case a renal response consisting of improvement in proteinuria, estimated glomerular filtration rate and no additional rescue therapy required).4

More recently, a combination of rituximab and belimumab has been evaluated in the Phase II, randomised placebo-controlled BEAT-Lupus trial.5 In this UK-based study, patients with active SLE were recruited to the trial and treated with Rituximab (N = 52). Half of the participants went on to receive monthly belimumab infusions whilst the other half received placebo. Once again, this study reached its primary endpoint, a significant reduction in IgG double-stranded DNA antibody titres at 52 weeks. A reduction in risk of severe flare was also observed on the belimumab treatment group. Furthermore, there was no abnormal safety signal identified. This supports combination biologic therapy may be a safe and effective treatment for refectory SLE.

Aside from biologic therapies that directly target B cell cells in lupus, additional success has been observed in the use of monoclonal antibodies directed against Interferon (IFN). Anifrolumab (directed against subunit 1 of the type I IFN receptor) has also recently found success in a phase III trial.6 The drug was evaluated in the TULIP study and showed a higher proportion of patients achieving the British Isles Lupus Assessment Group-based Composite Lupus Assessment (BICLA) response when compared with placebo at 52 weeks. Interestingly, follow-up studies have noted a more significant response in patients with a higher IFN signature.7 This suggests that a more bespoke treatment plan based on individual pathological biomarkers may be within reach in the near future. As with belimumab before it, anifrolumab is now also currently under investigation in the context of nephritis.

Finally, a number of other therapeutic targets are entering into clinical trials in SLE. Daratumumab, which targets anti-CD38 (expressed by plasma cells) is already licensed for use in multiple myeloma. This has been proposed as an ideal agent in SLE, where plasma cells are often poorly responsive to conventional treatment. In 2020, the drug was used in 2 patients with severe lupus in which disease activity improved (as measured by SLEDAI-2K) and titres of anti-double stranded DNA antibodies also declined.8 Another potential immune target in SLE are plasmacytoid dendritic cells (pDCs), a key producer of Type I IFN, which are seen as a key mediator in the pathogenesis of the disease. BIIB059 is a humanised monoclonal antibody that binds to and inhibits pDC receptors, which in turn inhibits the production of IFN. This is already under investigation in SLE and initial data shows early promise.9

To conclude, the biologic era is now truly upon us in the field of SLE. It is an exciting time as newer drugs become available to patients with the hope of better disease control, with the hope of reduced damage and improved tolerability of treatment. However, these advances raise a number of new challenges, such as identifying which patients to treat with which biologic therapy and at what time point. Should these drugs be used early in the disease course or at times of flare? In addition, combination biologic therapy is also showing early promise and will likely undergo further study as more drugs come onto the market.

Perhaps most importantly, given the wide array of immunological dysfunction and plethora of inflammatory mediators observed in the pathogenesis of the disease, it is now more important than ever to have better tools to stratify patients more effective to the most appropriate treatment. This will likely be the key mission for researchers in the coming years. There is plenty to be optimistic about. Now, the challenge is move towards personalized medicine in SLE. 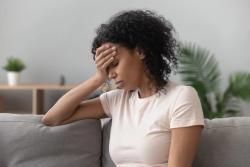 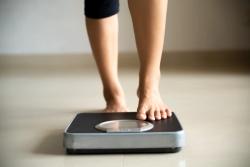 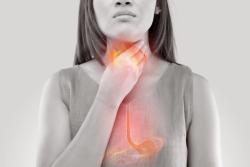