Getting the Most Out of 3 Tesla MRI of the Spine

The use of 3 Tesla MRI scans is becoming increasingly common in clinical practice.

ABSTRACT: High-field imaging of the spine with the use of 3 Tesla MRI promises improved image quality and clinical efficiency, providing excellent capability for better diagnosis and prognosis. Advanced techniques related to the spine include 3D imaging, whole-body MRI, magnetic resonance neurography, magnetic resonance spectroscopy, and functional imaging. These techniques are being used in patients with rheumatologic diseases, such as spondyloarthropathy. The main advantage of 3 Tesla MRI scans is a higher signal to noise ratio. The most widely used sequences are T1- and T2-weighted sagittal, T2-weighted axial and, sometimes, T1-weighted axial. The T1 sequence is the most important for detecting bone marrow pathologies. Whole-body MRI and whole-spine MRI, both somewhat new techniques, are gaining ground in oncology for detection of metastasis. (J Musculoskel Med. 2012;29:56-C3)

The use of 3 Tesla MRI scans is becoming increasingly common in clinical practice. These images offer several advantages over those obtained on the lower-field scanners, including improved image quality (higher spatial and contrast resolution) and clinical efficiency (higher temporal resolution).

With the development of advanced techniques related to the spine-such as 3D imaging, whole-body MRI (WBMRI), magnetic resonance neurography (MRN), magnetic resonance spectroscopy (MRS), and functional (diffusion) imaging-high-field imaging promises excellent capability for improved diagnosis and prognosis. In this article, we review the advantages and the technical challenges related to 3 Tesla MRI of the spine to provide information on optimizing the protocol and getting the most out of 3 Tesla MRI scanners. We also review some recent advances in the techniques.

Shown are coronal proton density spectral adiabatic inversion recovery fat-saturated (A) and sagittal T2-weighted turbo spin-echo (B) sequences of the lumbar spine with high resolution. Note the exit of the nerve roots (arrows).

The main advantage of 3 Tesla MRI scans can be summarized in 1 phrase: signal to noise ratio (SNR). This, the ratio between the intensity of the image’s signal and the background noise, is roughly double that of 1.5 Tesla MRI.1

In the spine, high spatial and high contrast resolution play a special role in detecting nerve root, spinal cord, and neuroforaminal pathologies.3 The higher SNR also allows for higher spectral resolution; this is a substantial advantage in proton MRS and other advanced techniques. In addition, the higher contrast resolution may be useful in decreasing the dose of paramagnetic contrast needed for enhanced imaging.3

Temporal resolution also is advantageous because it improves the efficiency of the MRI scanner. Scanning more patients in the same amount of time with image quality similar to that of 1.5 Tesla scanners is possible. In addition, a time-resolved magnetic resonance angiogram may be obtained to show various phases of angiogram and tissue enhancement.

In addition to several advantages, 3 Tesla MRI has some limitations. The scanners are more expensive, and various artifacts caused by B1 field inhomogeneity, susceptibility, vascular pulsation, and chemical shift are exaggerated. In addition, the T1 and T2 relaxation times are prolonged and shortened, respectively, resulting in contrast alterations.4 Also, 3 Tesla MRI has a higher specific absorption rate (SAR, higher energy deposition in the tissues) than lower-field scanners. However, these drawbacks can be well managed with various technical adjustments and fast (parallel) imaging.

B1 inhomogeneity, field inhomogeneity artifacts that result from the dielectric effect of the human body, also are present in 1.5 Tesla MRI but are too small to be detected in routine examinations.4 These artifacts are more common in the thoracic and lumbar spine and present as focal loss of signal. They may be improved dramatically with various technical alterations.

There are almost twice as many chemical shift artifacts on 3 Tesla MRI than on 1.5 MRI. These artifacts, which result from signal misregistrations on the interfaces between fat and water, are noted in the frequency encoding direction. However, they usually are not very problematic in the diagnosis of spine pathologies, especially with the use of 3D imaging.

Susceptibility artifacts also are directly proportional with the field strength. They cause image distortion in or around surgical clips; metal hardware; gas; and paramagnetic substances, such as hemosiderin. The use of parallel imaging and inversion recovery imaging mitigates these artifacts.

The routine protocol of spine MRI varies slightly among institutions, but the most widely used sequences are T1- and T2-weighted sagittal, T2-weighted axial and, sometimes, T1-weighted axial. The T1 sequence, the most important sequence for detecting bone marrow pathologies, is most affected on 3 Tesla MRI.5

Bone marrow lesions that show lower signal intensity than the adjacent intervertebral disk or paraspinal musculature have a great probability of representing the marrow replacement process, ie, neoplastic lesions. Conversely, bone marrow lesions that show higher signal intensity than the disk or the musculature have a great chance of being benign.

These criteria are the same for 3 Tesla MRI, although 3 Tesla MRI scans have longer T1 relaxation time. Therefore, to have the same T1 contrast as on 1.5 Tesla images, the scan time increases.

On 3 Tesla MRI, the weaker contrast of T1-weighted sequences can be overcome by using inversion recovery sequences, such as T1-weighted fluid-attenuated inversion recovery (FLAIR). In a recent study of 32 patients, FLAIR demonstrated superior cerebrospinal fluid nulling, better conspicuity of metastatic bone lesions, and improved image contrast.6 T2 sequences are most useful for assessing disk degeneration, disk herniation, the size of the spinal canal, the spinal cord, and the degree of facet and uncovertebral arthropathy.

How fluid-sensitive, fat-suppressed (fat-suppressed T2-weighted [FST2W] or short tau inversion recovery [STIR]) sequences are performed varies among institutions. We routinely perform sagittal STIR imaging, because it is the most sensitive for detecting acute vertebral fracture and stress reaction, which may be a source of unrecognized pain.7 However, STIR sequences have long imaging times, a higher SAR, pulsation artifacts, and a lower SNR. The FST2W sequence is faster and has a higher SNR, but often it results in homogeneous fat suppression, mainly in certain anatomical regions, such as the cervical spine.

The spectral adiabatic inversion recovery (SPAIR) sequence allows for better fat saturation than FST2W and has a large field of view. This sequence also has a higher SNR than STIR imaging and fewer pulsation artifacts (Figure 3). Because of its SAR favorability and these other advantages, SPAIR is a favored sequence for fat-suppressed imaging on 3 Tesla MRI.

Parallel imaging with phased-array coils, a powerful tool, is used frequently on 3 Tesla MRI to reduce the total scan time and decrease the energy deposition (SAR) in the tissues. It also helps reduce susceptibility and chemical shift artifacts. Parallel imaging does have a reduced SNR, but that is less of a problem on 3 Tesla imaging because its SNR is inherently double that of 1.5 Tesla imaging.

Although 3D imaging has been in use for many years, performing T2*-type (gradient echo sequences) 3D imaging was possible only on 1.5 Tesla MRI because of the demands of extra phase encoding gradient and consequent prolonged imaging time. The latter provides mostly a T1 type of contrast and poorer SNR, which is not very useful for delineating pathology. It also is prone to susceptibility artifacts, and longitudinal anatomical coverage is limited.

With the higher SNR of 3 Tesla and software developments, 3D spin echo–type sequences with good contrast to noise ratio become possible in a reasonable scan time of 5 to 6 minutes. These MR sequences include sampling perfection with application-optimized contrasts using different flip angle evolutions, CUBE, and volume isotropic turbo spin-echo acquisition. They are somewhat insensitive to magnetization transfer–related cross talk among slices, allow thin-slice multiplanar reconstructions from isotropic voxels, and can produce a variety of contrasts (eg, proton density and T2). They may be used with fat-suppression techniques, such as SPAIR and STIR (Figure 4).

Rodegerdts and associates8 described their experience with 3D sequences of whole-spine MRI at 3 Tesla MRI compared with 1.5 Tesla MRI. They concluded that 3D imaging has a higher SNR on 3 Tesla than on 1.5 Tesla and that better signal can be used to increase the spatial resolution. Of note, the interpatient variability at 3 Tesla was greater than at 1.5 Tesla because of the B1 inhomogeneity related to dielectric effects.

WBMRI and whole-spine MRI, both somewhat new techniques, are gaining ground in oncology for detection of metastasis (Figure 5), especially in pediatric populations because of their ability to scan the entire spine in only 1 session. They also are being used for spondyloarthropathy (SpA). Multiple phased-array surface coils are connected, negating the need to reposition the patient and making it possible to scan the entire spine in 2 planes in about 20 minutes. WBMRI detects inflammatory lesions outside the sacroiliac joints in a significant number of patients with SpA.9

Several other factors support the use of whole-spine MRI in SpA. Whole-spine MRI and conventional MRI show similar results in detecting inflammatory lesions.10,11 Whole-spine MRI is important, because almost 23% of patients with SpA do not have sacroiliitis; therefore, a focused examination of sacroiliac joints could overlook a significant number of pathologies.12

MRN is another application that exploits the higher SNR of 3 Tesla MRI. It consequently gives higher spatial and contrast resolution for evaluating peripheral nerve pathologies, ranging from plexus pathologies to more distal nerve pathologies. Strictly speaking, this technique is separate from spine MRI, but it complements spine imaging, because the cervical plexus and lumbosacral plexus are so closely related to the spine (Figure 6).

In patients who have nonlocalizing or nonspecific symptoms and in whom spine imaging is noncontributory, MRN may show nerve abnormality related to injury or inflammation. Defining lesions preoperatively also is useful. In our institution, we use a combination of anatomical (T1-weighted) sequences and 2D and 3D fluid-sensitive sequences (STIR or SPAIR in combination with a 3D turbo spin-echo sequence).13

Proton MRS is another technique that benefits from the higher SNR of 3 Tesla MRI. This approach adds metabolic information to the morphological imaging of the bone and soft tissue structures, including the spinal cord. Marliani and colleagues14 demonstrated the feasibility of proton MRS of the cervical spinal cord on 3 Tesla MRI overcoming the challenges from magnetic field heterogeneity around the spinal cord, respiratory and cardiac movement, and the small size of the spinal cord.

Functional (diffusion) imaging has been tested, and good accuracy in differentiating benign from malignant fractures has been reported.15 In addition, diffusion tensor imaging and tractography is feasible because it provides good fat-suppression techniques, better echo spacing, a higher SNR, and parallel imaging. Although anatomical imaging is useful for detecting macroscopic findings, diffusion tensor imaging provides a way to interrogate tissue microarchitecture and neural integrity.16

Because the SNR of 3 Tesla MRI is higher than that of 1.5 Tesla MRI, image quality and clinical efficiency are improved with 3 Tesla MRI. Better diagnostic capability and patient prognosis can be achieved with the development of advanced techniques. 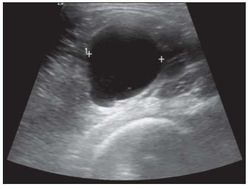 How Muscle Works, and the Implications of Exercising