A review of ischemic optic neuropathies--arteritic and nonarteritic.

This review is divided into nonarteritic and arteritic ION, and into anterior (90% of cases) and posterior ION. In posterior ION, there is no visible disc edema.

Nonarteritic anterior ION is not associated with GCA. While the cause is unknown, it involves small vessel disease leading to hypoperfusion and ischemia of the anterior optic nerve, with edema of the optic disc. It is diagnosed by a cup-to-disc ratio of 0.15, which is most easily seen in the unaffected eye. There is no established treatment. Typically, the edema resolves itself, but leaves permanent visual impairment. The authors recommend a strategy of “first, do no harm.” Oral glucocorticoids have a small benefit, which only outweighs the risks in severe cases.

Nonarteritic posterior ION is exceedingly rare. It typically presents as a sudden loss of vision, and is a difficult diagnosis of exclusion. GCA must be excluded.

Untreated arteritic ION becomes bilateral in days to weeks in at least 50% of cases. 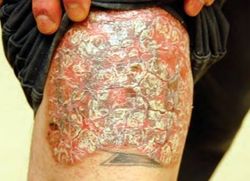 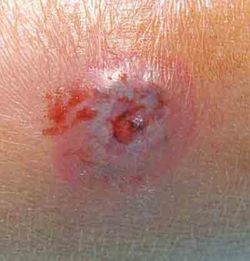 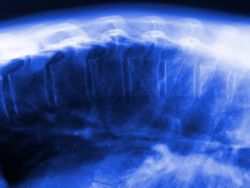