Rheumatologists (and others) have a long-awaited roadmap to guide them in treating non-radiographic axial spondyloarthritis and ankylosing spondylitis, with important landmarks to help manage active and stable disease.

Rheumatologists have a long-awaited roadmap to guide them in treating non-radiographic axial spondyloarthritis (nr-axSpA) and ankylosing spondylitis (AS), with important landmarks to help manage active and stable disease.

There has been a debate about whether ankylosing spondylitis (AS) and axial spondyloarthritis (axSpA) are two different diseases, but “there is not a large unique body of literature” comparing the two groups of patients, says Michael M. Ward, MD, MPH of the National Institute of Arthritis and Musculoskeletal and Skin Diseases (NIAMS), National Institutes of Health.

The distinctions between active and stable disease in AS and nr-axSpA in the new guidelines are based on the level of “acceptable” symptoms, with specific treatments recommended for co-existing problems such as iritis or inflammatory bowel disease (IBD), Ward explained to the 2014 American College of Rheumatology (ACR) meeting in Boston.

The guidelines, drafted jointly by the Spondyloarthritis Research and Treatment Network (SPARTAN), the Spondylitis Association of America (SAA), and the ACR, define active disease as “causing symptoms at an unacceptably bothersome level as reported by the patient and judged by the examining clinician to be due to AS.”

In contrast, stable disease is described as “asymptomatic or causing symptoms that were bothersome but at an acceptable level as reported by the patient” for at least six months.

The draft guidelines "more or less mirror the ASAS/EULAR guidelines," said Philip J. Mease MD, director of rheumatology research at the Swedish Medical Center in Seattle, in an interview. “The most important thing is that the guidelines addressed nr-ax-SpA, even though there are fewer studies on that, and more or less came up with exactly the same treatment guidelines for nr-axSpA (as for AS).”

“The FDA has been anxious about approving medications for the this non-radiographic population, because they were worried that we may be over- and inappropriately diagnosing the condition in non-specific back pain or fibromyalgia patients and treating inappropriately with anti-TNFs," added Mease, who is clinical professor of medicine at the University of Washington. He said the "impeccably done" guidelines demonstrate that the ACR, SPARTAN, and SAA organizations "understand this entity, understand this unmet need, and agree that it should be treated along the same lines as AS, and that they are really not two different conditions, but part of a spectrum of the same condition.”

The more than 50 recommendations for active and stable disease encompass 5 classes of medications, physical therapy, and surgical treatment if needed. Recommendations are graded as “strongly” and “conditionally” for (or against) specific treatments, but do not reference specific drugs, Ward stressed.

Among the draft recommendations:

•   For active nr-axSApA, virtually the same recommendations apply, but there is a strong recommendation against steroids under any circumstances.

In all cases, there are conditional recommendations for disease activity monitoring with validated measures, along with C-reactive protein and erythrocyte sedimentation rates.

Ward stressed that the recommendations are intended to guide management of “the most common situations in which clinicians, sitting across from a patient and needing to make a decision, would face” – with some items based on limited or even no strong evidence.

The joint guidelines are meant to serve primary care physicians and physical and occupational therapists, not just rheumatologists, because some patients may be managed by their primary care providers.

Before the final recommendations are published in 2015, a new literature search will be done to make sure they are as up-to-date as possible, including any new drug approvals.

Currently four anti-TNF drugs are approved in the US for axSpA and AS: etanercept (Enbrel), infliximab (Remicade), adalimumab (Humira), and golimumab (Simponi). Certolizumab pegol (Cimzia) is not yet approved for either axSpA or nr-axSpA. 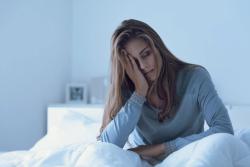