Racial and ethnic minority patients with lupus develop more kidney, neurological, and blood manifestations than their white counterparts, according to new research.

Racial and ethnic minority patients with lupus develop more kidney, neurological, and blood manifestations than their white counterparts, according to new research.

In a study published in a recent Arthritis Care & Research issue, investigators discovered black, Asian/Pacific Islander, and Hispanic lupus patients experience these problems sooner after disease diagnosis. This is the first epidemiologic study to compare lupus manifestation among major racial and ethnic groups.

“This study found important differences in the characteristics and progression of lupus between racial and ethnic minority groups and whites,” said study author Ernest Maningdeng, M.D., MPH, a University of California at San Francisco epidemiologist. “Data collected in this study support the importance of increased awareness of lupus and its accelerated progression by clinicians for these racial and ethnic groups.”

Findings also revealed racial and ethnic group patients had a greater risk of developing many severe manifestations, including lupus nephritis, thrombocytopenia, and antiphospholipid syndrome, earlier than white patients. In fact, the lupus nephritis risk is highest during the first post-diagnosis year with Asian Pacific Islander patients experiencing the most risk.

Additionally, results revealed male patients were more likely to have organ damage, have a higher lupus nephritis risk than women, and develop thrombocytopenia earlier. Researchers postulated sex hormones and a reluctance to seek medical care could play into gender differences in lupus presentation.

There were a number of limitations associated with the study, such as the possibility of incomplete case information and the quality of information available in patient records which were not standardized. 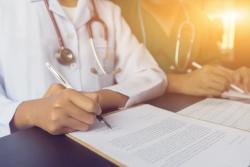 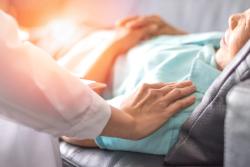