Milnacipran Improves Fibromyalgia In the LongTerm

Most fibromyalgia patients randomized to continuing milnacipran (Savella) at the end of a clinical trial never noticed an increase in pain. Patients in the placebo group had quite a different experience.

Continuing milnaciprain (Savella) for years to maintain pain relief in fibromyalgia is definitely the right strategy, to judge from a randomized, placebo-controlled extension to an open-label multicenter trial of the drug. Among patients randomized to continue the drug, not only did pain relief persist for significantly longer among those not switched to placebo; many who continued on the drug never lost their pain response during the 12-week randomized extension.

At the end of the clinical trial, 64% of those on placebo experienced LTR, defined as a specified increase in VAS pain  or a worsening of fibromyalgia to the point that it required alternative treatment. The median time to LTR in the placebo group was 56 days.

In contrast, LTR could not be calculated for the milnacipran patients because half of the group did not report any increase in pain by end of study.

Among patients continuing on milnacipran, 81% maintained a clinically meaningful pain response (≥30% improvement from previous exposure), compared to only 58% of those switched to placebo. 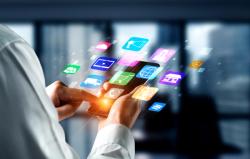