As systemic lupus erythematosus (SLE) and/or antiphospholipid syndrome (APS) can cause complications during pregnancy, investigators believe it is imperative that women follow the clinical practice guidelines and receive multidisciplinary counseling before trying to conceive.

Patients with systemic lupus erythematosus (SLE) and/or antiphospholipid syndrome (APS) who wish to become pregnant may benefit from a multidisciplinary clinical pathway that includes pre-pregnancy counseling, according to a study published in Lupus Science and Medicine.1

Both SLE and APS are autoimmune diseases that mainly affect women of childbearing age. As these conditions can cause complications during pregnancy, it is imperative that women follow the clinical practice guidelines and receive multidisciplinary counseling before trying to conceive.

Patients with SLE/APS are at an increased risk of flares and thromboembolic events (TEE), gestational hypertensive disease, and miscarriage. Children have an increased risk of prematurity, fetal grown restriction, stillbirth, and neonatal death. Additionally, mothers with SLE who have anti-Ro/SSA or anti-La/SSB antibodies have a slightly elevated risk (1-2%) of a congenital heart block that is associated with neonatal lupus erythematosus (NLE).

“While clinical practice guidelines have emerged as rigorous means to make clinical studies and research more accessible for practitioners, they are not always sufficient to change practice behavior, especially in complex diseases such as SLE/APS,” explained investigators. “Therefore, clinical pathways are an important strategy to improve effective knowledge transfer and sharing, promote standardized evidence-based practices and are internationally recognized as a form of quality improvement.”

Patients in the pathway cohort were consulted by individual specialists of the multidisciplinary team and assigned a dedicated nurse. Specialists were included from the Department of Obstetrics, Nephrology, Rheumatology, Thrombosis, and Haemostasis. A pulmonologist, cardiologist, radiologist, and social worker were also available if needed. Every 2 weeks, both before and during pregnancy, patients were evaluated in a multidisciplinary meeting in which the timing of pregnancy, medications, medical check-ups, and diagnostics were discussed. The women received extensive counseling and advice, as well as routine ultrasounds, throughout pregnancy. Pediatricians screened the newborns of patients with SLE for neonatal lupus. Weekly screenings for congenital heart block were performed between 18 and 26 weeks of gestation for patients who were positive for anti-RO/SS-A or anti-LA/SS-B. Finally, all enrolled patients in the pathway cohort were recommended to take 80 mg acetylsalicylic acid from 8 weeks until 36 weeks of gestation.

While the study size was small, disease outcome improvement indicated the effectiveness of a clinical pathway. Investigators believe these results could be generalized to other hospitals since no exclusion criteria were used. However, it is possible that knowledge of how to treat SLE/APS has improved over time, leading to more effective management practices and potentially skewing results.

“Altogether, it remains noteworthy to establish the high incidences of pregnancy and disease complications in patients with SLE/APS, that is, flares, TEEs, severe hypertensive disease, preterm birth and FGR, re-affirming the need of specialized care in a tertiary, academic center,” concluded investigators. 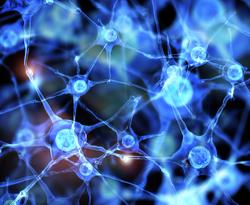