Biologic anti-inflammatory agents can lead to a drop in coronary artery disease in psoriasis patients, a study shows.

The connection between psoriasis and cardiovascular disease, due to coronary artery disease, is already well-established. By using treatments already approved for psoriasis, including adalimumab, etanercept, inifliximab, ustekinumab, researchers demonstrated the medications can prevent the progression of asymptomatic coronary artherosclerosis in this patient group.

The July 2016 study was published in the Journal of the American Medical Association and was led by Kasper FjellHaugen Hjuler, M.D., from Denmark’s Aarhus University Hospital. Results support the biologic anti-inflammatory medication’s proactive impact in preventing cardiovascular disease, as well as controlling inflammatory diseases.

“Our findings indicate that biological agents may attenuate coronary artherosclerosis disease progression,” the authors wrote. “The results are strengthened by the simultaneous use of three different, independent cardiac CT modalities that consistently demonstrated decreased coronary artery disease progression among patients treated with biologics.”

The study was limited, however, as a nonrandomized trial with a small number of patients. There are also several unknown factors, researchers said. It’s unclear whether the results can be extended to individuals with other inflammatory diseases, and the extent to which reduced coronary artery disease progression can be translated to a lowered cardiovascular event risk is also unknown.

Ultimately, investigators said, any generalization of their findings might be limited to moderate-to-severe psoriasis patients who have unknown coronary artery disease. 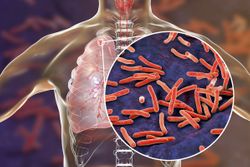 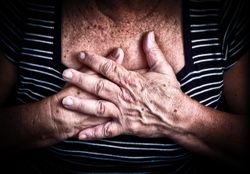