How often do doctors mistake signs of venous thromboembolism for rheumatic pain? Risk of VTE is increased in patients with some rheumatic diseases, and in those taking NSAIDs.

People with rheumatoid arthritis (RA), systemic lupus erythematosus (SLE), vasculitis, and other rheumatic diseases seem to have three times greater risk of venous thromboembolism (VTE) than the general population, according to a new meta-analysis from Canada.

Non-steroidal antiinflammatory drugs (NSAIDs) are often prescribed for arthritis patients may compound the problem. A second meta-analysis led by Columbia University in New York City finds that NSAID use alone almost doubles the risk of VTE among the general population, especially for users of selective COX-2 inhibitors.

The Canadian analysis, led by the Schulich School of Medicine at Western University in London, Ontario, examines 25 studies, including research done in RA, SLE, SjÃ¶gren’s syndrome, systemic sclerosis, ANCA vasculitis, and inflammatory myositis. The researchers report a higher inherent risk of VTE in such diseases for both hospitalized and non-hospitalized patients.

In four studies of ANCA vasculitis encompassing 16,295 patients, the ]incidence rate is 7.97%. Smaller groups of patients with SLE (7.29%) and inflammatory myositis (4.03%) experience higher VTE rates. VTE incidence rates in studies of systemic sclerosis and SjÃ¶gren’s syndrome are 3.13% and 2.18%, respectively.

There were insufficient data for other inflammatory arthritides, such as spondyloarthritis, researchers note.

The authors observe that “active inflammation is a strong driving force that leads to a local and systemic imbalance in the coagulation system,” and that the immobility that often results from joint pain is itself a risk factor for VTE.

However, they caution that “the inherent hypercoagulable nature of inflammatory autoimmune diseases is often overlooked,

” with the biggest focus on antiphospholipid antibodies.

“Clinical signs of VTEs, especially DVTs [deep vein thromboses], are often subtle. Patient reported symptoms may be vague and may be even misattributed to their rheumatologic disease,” they note.

Although the Canadian study attributes VTE risk to disease activity and damage rather than treatment, the Columbia University meta-analysis finds statistically significant increased VTE risk for NSAID users, with a pooled risk ratio of 1.80.

The analysis of six studies encompassing more than 21,400 VTE events is the first to look at VTE risk among NSAID users as a group in the general population.

Because aspirin has proven effective for VTE prevention, the researchers attribute most of the risk to COX2 inhibitors. However, few data are available on aspirin for patients without antiphospholipid antibodies.

In an analysis of three studies reporting a risk ratio for patients who use selective COX-2 inhibitors, the VTE risk is significantly elevated (pooled risk ratio:1.99). 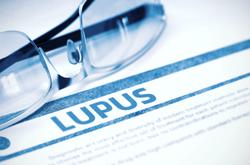