A comparative study suggests that temporal artery biopsy (TAB) may often be unnecessary to diagnose giant cell arteritis. Cranial duplex ultrasound proved to have greater sensitivity and a comparable specificity for the condition.

Among 87 patients who had cranial ultrasound for suspected GCA, 36 (41%) were clinically confirmed to have the condition three months later. Of the 30 who had a positive cranial ultrasound, 29 (96%) were later diagnosed with GCA. Only 21 (58%) of the 36 patients with more than three of the ACR criteria (age ≥ 50; new onset headache; tenderness or reduced pulsation of the temporal artery; elevated blood ESR; and positive TAB) had a GCA diagnosis at three months.

In the study, reported at this week's 2014 annual meeting of the European Union League Against Rheumatism (EULAR), ultrasound reports were independently classified according to whether there was evidence of an arteritis or not. Explicit ultrasound features of GCA such as a halo sign were not required to determine a diagnosis.

In contrast, the high positive (97%) and negative predictive value (88%) of cranial ultrasound over TAB indicates that the latter may be unnecessary, the team concludes, especially when clinical suspicion of GCA is either high or quite low. 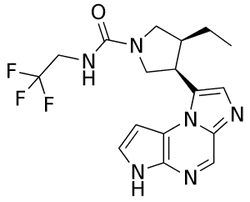 Safety and Efficacy of Secukinumab for Juvenile Idiopathic Arthritis