What’s Ahead for Rheumatology in 2019?

National experts point to key developments in rheumatology to watch in the coming year.

National experts point to key developments in rheumatology to watch in the coming year, including new directions in lupus research, the move toward precision medicine, and promising biomarkers.

Several subspecialties of rheumatology saw particular growth in 2018, including pediatric lupus and psoriatic arthritis, while the number of biosimilar and biologic rheumatologic therapies expanded.

“In the basic and translational research arena and in clinical development, we are seeing continuing progress across all of the forms of inflammatory arthritis. It is difficult to say which has had the most progress in the last year,” said Clifton O. Bingham III, MD, professor of medicine and director of the Johns Hopkins Arthritis Center at the Johns Hopkins University School of Medicine in Baltimore, MD.

“A vast array of novel targets and immunotherapies have been tested for SLE treatment, but most have failed in clinical trials,” said Meenakshi Jolly, MD, MS, director of the Rush Lupus Clinic at Rush University Medical Center in Chicago, IL. “And as a result, lupus researchers are now beginning to look at lupus treatment from a different viewpoint. Perhaps there are certain subsets of patients with SLE that may respond favorably to one medication over another. Understanding the mechanisms and predictors for response or lack of response to medications may pave the way for personalized medicine in SLE. New clinical trial designs are being tested, and better outcome measures to define success are being explored. Also, an international collaboration of lupus researchers is engaged in developing and testing new classification criteria for SLE.”

Arthur M. Mandelin II, MD, PhD, RMSK, RhMSUS, associate professor of medicine, Northwestern University Feinberg School of Medicine in Chicago, IL, conducts translational research as a member of the Northwestern University Clinical and Translational Sciences Institute (NUCATS). He reported that “one of the biggest recent developments in translational research has been the move toward precision medicine, in which we are investigating ways in which the patient might someday be tested at the time of diagnosis in order to gain insights into disease characteristics, prognosis, and even treatment.

There is growing interest in defining biomarkers that help to better subcategorize different forms of inflammatory arthritis, according to Dr. Bingham. “Work in a number of labs is now focusing on the use of individual cell-based assays from peripheral blood and synovium to better characterize the activation status of cells in the blood and microenvironment. Coupled with advances in data science that allow analysis of increasingly complex datasets, I would anticipate that these new technologies will begin to provide meaningful readouts in the near future that will help to better define pathogenic subsets of patients that may then help to better target therapies.”

A key enabling advancement that has become available in the United States relatively recently is minimally invasive ultrasound-guided synovial biopsy.

Dr. Mandelin explained that it’s possible to “sample diseased synovium at the key time points in the disease-the advent of a drug failure for instance-rather than waiting to get tissue at the time of joint replacement when the process is already at end stage. By using this minimally invasive ultrasound-guided procedure, we can harvest tissue from a patient through a single 18-gauge needle hole, using only local lidocaine anesthesia. The process is well-tolerated, with most patients indicating on a post-procedure survey that they would be willing to undergo the procedure again in the future. The hope is that information gained from sampling the target tissue directly while it is actively misbehaving will give us the insights we have been chasing for so long that will finally end the era of trial-and-error therapeutics in RA.” 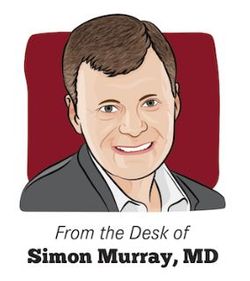 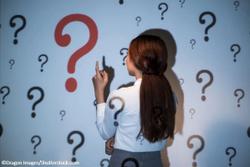