Babesiosis in a Patient With Corticosteroid-Resistant Uveitis

The tumor necrosis factor α antagonist infliximab has been used for treating patients with uveitis resistant to corticosteroids.

ABSTRACT: Our patient received a diagnosis of babesiosis while being treated with infliximab for uveitis resistant to corticosteroids. Potential adverse effects include infections, but protozoal infections rarely have been reported. She presented with a 10-day history of fever, night sweats, and diffuse myalgia. She had dry cough and mild right upper quadrant abdominal pain but denied any arthralgia, headache, or vision difficulties and reported no tick bites or recent travel. A peripheral blood smear showed intraerythrocytic protozoa identified as Babesia species. The diagnosis is made by the presence of intraerythrocytic ring forms and tetrad, or Maltese cross, forms of the parasite on peripheral blood smear. This case illustrates the importance of recognizing protozoal infections in patients who present with fever of unclear origin while receiving immunosuppressants.

The tumor necrosis factor Î± (TNF-Î±) antagonist infliximab has been used for treating patients with uveitis resistant to corticosteroids.1 The drug’s potential adverse effects include infections, but protozoal infections such as babesiosis-a tick-borne malaria-like disease caused by species of the protozoan Babesia-rarely have been reported. Studies have shown a role for TNF-Î± and interferon Î³ (IFN-Î³) in the initiation of early antiprotozoal immune human host response in babesiosis.2-4

This case report further emphasizes the need to be aware of the possibility of babesiosis causing unexplained fever even early in the course of treatment with infliximab. Timely diagnosis and treatment may prevent the complications of the disease.

A 50-year-old woman with a history of corticosteroid-resistant uveitis had received 20 mg/d of prednisone and 5mg/kg of infliximab (she had received just 3 infusions). She presented with a 10-day history of fever (temperature of 38.8°C [101.8°F]), night sweats, and diffuse myalgia. A review of systems was significant for dry cough without associated shortness of breath or chest pain and mild right upper quadrant abdominal pain without nausea or vomiting. She denied any arthralgia, headache, or vision difficulties. Although she lived on Long Island, an area in which tick bites are endemic, she did not report any history of tick bites or recent travel.

The patient’s past medical history was remarkable for cutaneous polyarteritis nodosa that was in remission, sickle cell trait with Î²-thalassemia minor, fibromyalgia syndrome, and latent tuberculosis (TB); the TB was managed with a course of isoniazid. She had received her latest infliximab infusion 2 weeks before her presentation to our medical center. The patient’s history was negative for cigarette smoking, alcohol use, and substance abuse, and she had had no recent blood transfusions.

The patient was hospitalized for assessment of possible TB reactivation. Her vital signs were stable except for fever (maximum temperature, 38.8°C [101.8°F]), with no hypotension. On physical examination, there was mild right upper quadrant abdominal tenderness with no guarding or rebound. Findings from respiratory, cardiovascular, and neurological examinations were normal.

Laboratory evaluation of the patient

The patient’s serum lactate dehydrogenase level and erythrocyte sedimentation rate were elevated, her white blood cell count was low at 3500/µL, and her platelet count was normal at 156,000/µL. She had microcytic anemia, with a hemoglobin level of 11.4 g/dL, hematocrit level of 34.8%, and mean corpuscular volume of 69.2 fL. Her laboratory results are shown in the Table.

A chest x-ray film did not show any infiltrates. Bronchoscopy ruled out active TB. A liver ultrasonogram showed cholelithiasis, with no evidence of cholecystitis.

The results of blood tests, urine cultures, and Lyme serologies were negative. Anaplasma, Brucella, and Babesia serum polymerase chain reaction test results were negative. A peripheral smear was obtained as part of the workup for unexplained fever in our institution. This was to rule out tick-borne illnesses because the patient was a resident of Long Island, where tick bites are endemic.6 The peripheral blood smear showed intraerythrocytic protozoa identified as Babesia species (Figure).

A Giemsa-stained peripheral blood smear obtained for this patient shows a Babesia organism sequestered in an erythrocyte (arrow).

We treated the patient for babesiosis with a combination of atovoquone and azithromycin for 10 days, and there was significant improvement in her symptoms. A repeated peripheral blood smear after treatment was negative for Babesia. Therapy with infliximab was stopped and, per ophthalmologist recommendation, the patient is still receiving corticosteroids.

Most reported cases of babesiosis are caused by Babesia microti, a strain of Babesia that infects the red blood cells. The diagnosis is made by the presence of intraerythrocytic ring forms and tetrad, or Maltese cross, forms of the parasite on peripheral blood smear.7 Patients may present with a severe infection or remain asymptomatic. The species and the host’s immune status determine the severity of the infection.8

The clinical symptoms probably are a result of a host inflammatory response involving pyrogenic cytokines, such as interleukin-6 and TNF-Î±,3 which is produced primarily by activated macrophages. These cytokines have been detected in the blood of patients with mild babesiosis resulting from B microti.3

Hemmer and associates2 noted pulmonary edema and intravascular margination of leukocytes in the lungs of mice infected with Babesia duncani. They showed that blocking this TNF-Î± activity prevents the death of these B duncani–infected mice.2,4

In patients with B microti infection, the source of IFN-Î³ appears to be CD4+ T cells, which also play a role in the host immunity.2,3,10 This probably explains the tendency for the disease to be more severe in patients who are receiving immunosuppressive therapy, such as corticosteroids; patients with HIV infection; and those with asplenia.9 The protective role of TNF-Î± in the initial phase of the antiprotozoal immune response in humans and the complications of acute res­piratory distress, hypotension, and congestive heart failure caused by excess production was proposed by Wormser and colleagues.3,4,9

We inferred from the above studies that TNF-Î± may play a dual role in protozoal infections such as babesiosis; the initial response may be protective, and if produced in excess may cause severe complications. Our patient may have been at risk for babesiosis given that she was residing in an area in which tick bites are endemic and was receiving immunosuppressants, including infliximab and corticosteroids.6 However, she did not experience any disease complications and did respond well to antibiotics. We think that this may have been related to the abrogation of the TNF-Î±–mediated inflammatory response by infliximab. We do not know whether sickle cell trait played any role in the patient’s symptoms.

This case illustrates the importance of recognizing protozoal infections, such as babesiosis, in patients who present with fever of unclear origin while receiving immunosuppressants, such as infliximab. Such infections may be noted to occur even early in the course of treatment, as in our patient. However, as shown in other case reports, babesiosis is not uncommon even in immunocompetent patients who live in areas in which tick bites are endemic.6 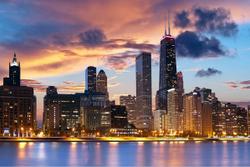 ACR 2018 Preview: A Look at What’s New in Rheumatology 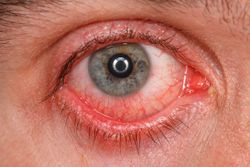