Used for gout for centuries, colchicine is known to be peculiarly toxic at high doses. A new understanding of its potential for poisoning, deliberate or otherwise, merits attention to its often-underestimated risks.

Colchicine has been used to treat gout since at least 550 AD.1 Its anti-inflammatory effects have been a focus in cardiology for a decade, but colchicine is also now considered a conventional treatment for acute pericarditis, regardless of cause. Animal studies suggest it may also have anti-atherosclerotic actions, a matter which needs to be clarified. First clinical results are also promising in patients with acute coronary syndromes.2

Perhaps because most patients with acute pericarditis are fairly young and have few comorbidities, adverse effects from colchicine for this indication have been surprisingly rare and mild. Cardiologists unfamiliar with the drug may be unaware of its volatile potential for toxicity, which has been documented since at least the 17th century and which I have summarized in a review in Anti-Inflammatory & Anti-Allergy Agents in Medicinal Chemistry.1

Although rheumatologists and primary care physicians use the drug routinely to treat gout, they too may be insufficiently alert to its deadly properties when ingested at high doses. The prevalence of life-threatening events (suicide and even perhaps murders) with colchicine is likely to be underestimated. It is possible commit suicide by taking only one month’s supply, especially in the case of renal impairment.

Colchicine binds to tubulin, inhibiting polymerization of microtobules and acting as a “spindle poison” with an impact on all dividing or migrating cells.

Its main action in gout appears to be direct inhibition of migration of inflammatory cells including neutrophils. It may also have direct anti-inflammatory effects by inhibiting key signaling networks (mainly IL-1, IL-6, and TNF).

Quickly absorbed in jejunum and ileum, it can enter almost all tissues and is excreted in breast milk.

Life-threatening poisoning is rare, but the potential is worthy of concern. A dose of 40 mg can be lethal. There is no antidote.

Treatment is supportive. Anti-colchicine antibodies have been shown effective,4 5 but are not commercially available.6

The focus on adverse effects of normal doses centers on pregnant women and fetuses. However, a recent large study found no increase in abortions or congenital malformations among offspring of women treated with colchicine for familial Mediterranean fever, compared to those of pregnant women with or without the disorder who had not taken colchicine.7Suggested contraindications:

Evaluate renal function and blood cell count before treatment, during the first month, and whenever initiating a new drug likely to induce interactions or if any clinical events occur involving hepatic dysfunction or renal impairment.

Also check the biology before the first treatment if the patient is likely to present with hepatic dysfunction.

Allopurinol Use Linked to Lower Risk of First-Ever Coronary Event 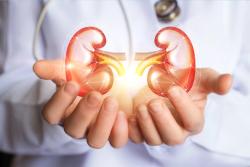