The armamentarium of treatment modalities available to physicians seeing patients with rheumatoid arthritis (RA) and other forms of inflammatory arthritis has increased dramatically in recent years. In particular, the introduction of the biologic disease-modifying antirheumatic drugs (DMARDs), most notably the tumor necrosis factor a (TNF-a) inhibitors, has afforded clinicians new opportunities to mitigate disease progression. Thus, there is heightened interest in securing the diagnosis of inflammatory arthritis earlier in the disease process so that medical therapy may be initiated promptly. Now a growing body of evidence indicates that this modality is efficacious in initial disease detection and prognostication in patients with inflammatory arthritis as well as in monitoring of both disease progression and response to therapy.

In this article, we provide an overview of the current literature about the use of MRI in the diagnosis and evaluation of inflammatory arthritis. We also discuss the modality’s evolving role, particularly in relation to that of other diagnostic imaging methods.

Key findings
The key imaging findings of inflammatory arthritis detectable by MRI are erosions, synovitis, and bone marrow edema. Definitions for these findings have been standardized by Outcome Measures in Rheumatoid Arthritis Clinical Trials (OMERACT), a multination-al, multicenter, multidisciplinary group focused on the development and refinement of outcome measures in rheumatology intervention studies.1

Figure 1 – A diagnosis of an erosion is made on MRI by identifying a sharply marginated bone lesion in a juxta-articular location typically seen in inflammatory arthritis. Coronal T1 (A) and inversion recovery (a T2-weighted sequence) (B) images show focal erosion in the fourth metacarpal head (blue arrows). A more subtle erosion is seen in the third metacarpal head (thin arrows).

A diagnosis of an erosion is made on MRI by identifying a sharply marginated bone lesion in a juxta-articular location typically seen in inflammatory arthritis. T1-weighted images show loss of normal low signal of cortical bone and loss of normal high signal of subjacent trabecular bone. Hyperemic pannus tissue within the erosion shows markedly increased signal on enhanced T1-weighted images obtained after intravenous gadolinium administration.1 Erosions are of increased signal on T2-weighted images; they are shown to result from increased water content with an influx of inflammatory tissue at the site of erosion (Figure 1).2

The superiority of MRI in detecting erosions compared with radiographic analysis is well documented. In a recent study that compared radiography, CT, and MRI, both MRI and CT demonstrated significantly more erosions than radiography.3 In an earlier investigation in which patients with RA were evaluated with both radiography and MRI annually for 5 years, most erosions detected by plain x-ray films were present on MRI scans performed a median of 2 years earlier.4 In a short-term longitudinal study that compared MRI and radiography, 74 of 246 follow-up MRI examinations revealed an increase in size or number of erosions over an 8-month period, compared with only 1 of 165 corresponding radiographic follow-up studies.5

Predated by synovitis
Formation of discrete erosions in inflammatory arthritis may be predated by the development of synovitis, which is readily detected by contrast-enhanced MRI. The degree of synovitis has been shown to be predictive of subsequent development of joint erosions.6

By the OMERACT definition, synovitis is present on an MRI examination when a thickened area of a synovial compartment demonstrates greater than normal enhancement on postgadolinium-enhanced T1-weighted images (Figure 2).1 Detection of persistent synovitis in the setting of clinical remission, implying ongoing inflammation and maybe subclinical disease progression, also is possible with MRI.

Brown and associates7 performed a clinical-radiological correlative study in a group of 107 patients with RA who were receiving DMARD therapy using standardized clinical outcome measures, such as the Disease Activity Score in 28 joints (DAS28) and the American College of Rheumatology (ACR) remission criteria. Of the patients who met strict clinical definitions of remission, 96% showed synovitis on MRI examination.

Of note, Doppler ultrasonography also has been studied extensively for the purposes of detecting and quantifying synovitis and tenosynovitis. Standardized scanning protocols for this purpose have been proposed. At gray-scale imaging, findings indicative of synovitis include joint effusion and thickening of the synovial membrane. Color and power Doppler ultrasonography allow for direct visualization of synovial vascularity, which may be quantified using spectral Doppler measurements.8

Figure 3 – Diffuse areas within the triquetrum, lunate, hamate, capitate, trapezoid, and the base of the second metacarpal bones consistent with marrow edema (arrows) are seen in a coronal T2–fat-saturated image.

Edema finding is significant
Bone marrow edema depicted on MRI also has been shown to correspond histologically with inflammatory infiltrates.2 On MRI, bone marrow edema manifests as a focal lesion within trabecular bone with ill-defined margins, low signal on T1-weighted imaging, and high signal on T2-weighted imaging (Figure 3).1 The finding of focal bone marrow edema on MRI in the setting of inflammatory arthritis is significant because it has been found to be a precursor to the development of frank erosions.

Figure 4 – A postgadolinium-enhanced T1–fat-saturated image in the axial plane shows conspicuous high signal around the third and fourth flexor tendons (arrows), denoting enhancing synovium, which is consistent with tenosynovitis. High signal within the tendons with disruption is consistent with partial-thickness tearing.

Assessing other structures Using MRI also is advantageous in evaluation of inflammatory arthritis because it allows for assessment of other potentially involved structures that cannot be assessed with radiography, scintigraphy, or CT. Good interobserver and intraobserver agreement have been documented in assessment of tenosynovitis in patients with RA by MRI (Figure 4).12 Tendinopathy depicted on MRI has been shown to have the potential to predict tendon rupture at 6-year follow-up.13

MRI also is capable of depicting other structural damage that may be related to underlying joint inflammation and synovitis. This is particularly true in the capsuloligamentous structures of the involved joints.

Focus on validation
Validation of MRI as an imaging modality superior to plain-film radiography in the initial detection, assessment, and follow-up of inflammatory arthritis also has been a major focus of investigators. The increased sensitivity of MRI compared with radiography for the detection of erosions already has been described. The Sharp/van der Heijde method has been established as a standardized method for assessing the degree of joint destruction in inflammatory arthritis by radiography.

McQueen and coworkers16 performed a study to compare Sharp scores with semiquantitative MRI scores in measuring joint destruction. They found a strong correlation between the MRI scores and the Sharp scores. In addition, the MRI scores were strongly correlated with Sharp scores on follow-up plain x-ray films obtained 6 years later, once again indicating that MRI has predictive value.

Figure 5 – A plain x-ray film of the hands shows no definite erosion (A). Axial T1 (left) and T1–fat-saturated postgadolinium-enhanced (right) MRI scans show a focal erosion at the volar ulnar aspect of the distal radius (arrows) (B).

In 2005, the OMERACT study group demonstrated increased sensitivity of MRI compared with the Sharp/van der Heijde method in detecting changes in joint destruction over a period of 1 year.17 Duer and colleagues18 studied 41 patients who did not meet the ACR criteria for RA and did not show evidence of bone erosions on plain x-ray films. After MRI, the patients were reassessed; 13 received a tentative diagnosis of RA. Two years later, nearly all of the patients met the ACR criteria. Of note, the detection of synovitis and erosion on MRI had 100% specificity for the final diagnosis of RA at the 2-year follow-up evaluation (Figure 5).18

Measuring novel therapies
With the efficacy of MRI in the evaluation of inflammatory arthritis firmly established in the literature, more recent studies have relied on this technique to measure disease response to novel medical therapies. The high sensitivity of MRI has allowed investigators to detect even subtle changes in disease progression and abrogation.

A study conducted by Durez and associates19 revealed reduced synovitis and bone marrow edema in patients treated with infliximab and methotrexate (MTX) compared with patients treated with MTX alone, as depicted by MRI after treatment and a follow-up interval of 52 weeks. Of note, this finding paralleled the improved clinical course of patients in the infliximab group, as measured by ACR improvement criteria, compared with the clinical course of those treated with MTX alone.

More recently, improvements in the DAS28 were observed in 10 patients with RA after a 16-week course of a TNF-a inhibitor.20 The patients showed significant decreases in synovitis, marrow edema, and progression of erosions.

The availability of MRI has markedly shortened the time required to demonstrate measurable change in disease. In one study, changes in degree of synovitis in response to etanercept therapy were observed after only 6 weeks.21

Forefoot evaluation
MRI evaluation in the setting of inflammatory arthritis need not be limited to the wrist and hand. Identical findings are readily demonstrated on gadolinium-enhanced MRI of the forefoot. As with the hand and wrist, MRI evaluation of patients who have inflammatory arthritis reveals synovitis, bone marrow edema, and erosions.In patients with RA, the prevalence of these findings has been found to be comparable in the forefoot and the wrist and hand.22,23

In an Ostendorf and colleagues24 study, some patients with early RA who had negative results with MRI scanning of the hands showed evidence of inflammatory arthritis on subsequently performed MRI scans of the forefeet. Although less specific, other ancillary findings (eg, tenosynovitis and bursitis) are helpful in the overall analysis and are well-demonstrated on MRI scans.22-24

Given its well-established predictive value, MRI might offer benefit as a prognostic tool. As the body of literature continues to expand, MRI probably will be requested more frequently to aid in the assessment of response to therapy and to chart disease progression.

The relative merits of Doppler ultrasonography and contrast-enhanced MRI in the detection, evaluation, and follow-up of inflammatory arthritis continue to be debated in the literature. Doppler ultrasonography enjoys several advantages over contrast-enhanced MRI: it is less expensive, generally more widely available, and less invasive. Ultrasonography remains an option for claustrophobic patients as well as patients who have implants that contraindicate MRI, such as cochlear implants and pacemakers. However, ultrasonography is operator-dependent and, compared with MRI, using it may be somewhat time-intensive for the scanning physician. In addition, bone marrow edema, the importance of which already has been discussed, can be detected only by MRI.

Terslev and associates25 showed 75% agreement between the 2 modalities in detecting joint inflammation. However, in a more recent study performed by Malattia and colleagues,26 MRI demonstrated erosions in 96.1% of 26 patients with juvenile idiopathic arthritis compared with ultrasonography, which detected erosions in only 50% of 24 patients. MRI also has been shown to be more sensitive than ultrasonography in the detection of flexor tenosynovitis in early rheumatoid arthritis.27 The lack of a true gold standard with which both modalities could be compared limits the insight derived from these studies.

Conclusion
In summary, MRI allows for earlier detection of the joint synovitis, erosions, and bone marrow edema that are present in inflammatory arthritis, facilitating earlier diagnosis and more prompt institution of appropriate therapy. The method has been shown to have both high sensitivity and high specificity in the assessment of inflammatory arthritis, comparing favorably with other modalities. MRI also may detect other associated findings that may be occult on other imaging. MRI continues to show promise as a means of monitoring disease progression over time and identifying treatment nonresponders sooner in the treatment cycle, allowing clinicians to alter treatment plans before irreversible articular damage occurs. Until more concrete evidence is presented in the literature, selection of either MRI or Doppler ultrasonography for the assessment of inflammatory arthritis may be determined by local expertise, availability, and physician preference. 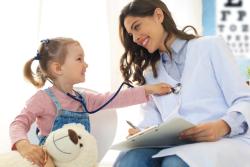 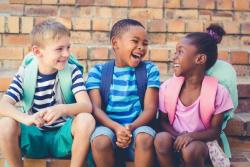